If you have ever watched mixed martial arts, you’ve no doubt seen someone use their elbow at some point during the bout. These elbow strikes can be some of the most vicious and effective attacks in any fighter’s arsenal.

There have been many fights in the UFC and other martial arts competitions where someone threw an elbow that landed where it was supposed to and put their opponent on the mat.

Certain types of elbow strikes can also be highly effective in a self-defense situation when you are in close quarters with an attacker.

Knowing how to throw elbows with power and accuracy is a key aspect of training in martial arts, making it a great thing to focus on from time to time.

Types of Elbow Strikes to Practice

The best elbow strike techniques are designed to be quick and accurate, slicing in multiple directions. Any time you’re using one of these methods, it’s important to hit your opponent with the strong, sharp point of your elbow to be as effective as possible.

Throwing elbows is a great way to get a fast strike in while still causing decent damage. Among the most common types of elbow strikes you’ll see, the Snap Elbow is the equivalent of a hook with your lead hand. It’s a great technique to try when you’re already up in close combat.

To throw a Snap Elbow:

If you’re slightly out of range for an elbow strike, you can always add a quick step forward while throwing this attack to get closer.

A shot with more power comes by using the elbow of your back hand similar to a rear hook punch. You follow the same technique as with the Snap Elbow but with the other side. 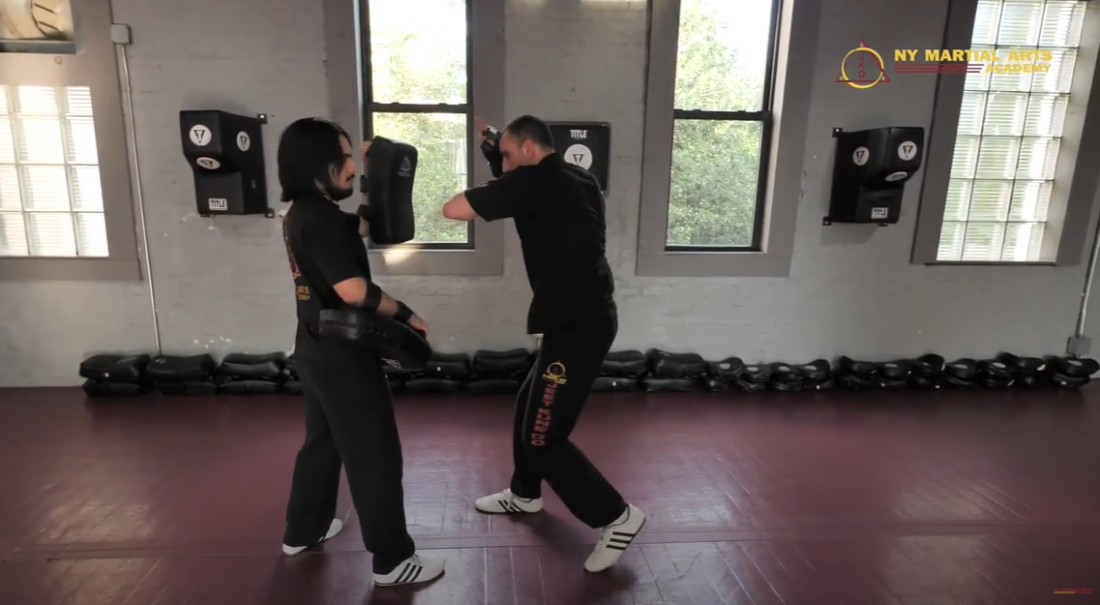 When throwing a Cross Elbow:
Loosen up your back hand and shoulder
Curl your rear forearm in tight to your bicep
Slice your elbow horizontally across your body while also stepping forward

It’s more common to include the step in this elbow strike because of the additional distance needed to reach your opponent. You’ll need to take a quick step forward while throwing the elbow to close the gap.

An uppercut can be one of the most devastating punches you can throw in a fight when used properly and an upward elbow can have a similar effect. Meant to slice through the middle of your opponent’s guard, these elbow strikes can be thrown to your opponent’s head, chest, gut, or chin depending on your placement.

If you want to use an Up Elbow:

The movement of this elbow strike is similar to combing the hair back on the side of your head.

The Down Elbow is the only strike on this list that has a bit of a wind-up before you throw it, which also gives it more power. This is meant to allow you to swing your elbow up and over to hit your opponent cleanly.

To throw a Down Elbow:

Work On Your Elbow Strikes

Don’t forget to always keep your guard up when striking with elbows because you’ll be in close range any time you use them. This will keep you protected and allow you to get away quickly if your opponent tries to counter.

Learning how to throw elbow strikes is one of the best ways to mix up your training and add a new weapon to your arsenal of attacks.

Check out our top-rated programs at NY Martial Arts Academy to learn this and other ways to better defend yourself!