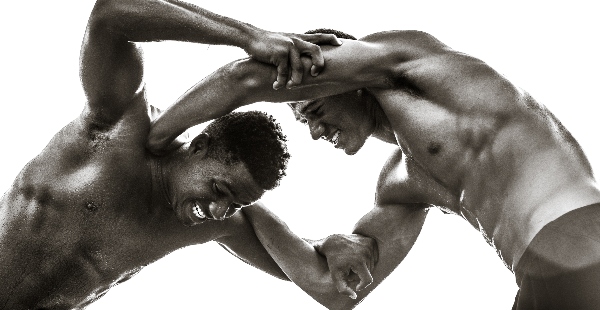 For every UFC fight, the conversations in the days and weeks leading up to the event and thereafter always returns back to the debate of who has the best skill set to defeat their opponent and what tools really win fights-the striker with the quick and powerful hands, or an agile grappler that will take you down so quickly and make it almost impossible for you to get back on your feet.

In the martial arts realm, the conversation is no different- of course most martial artists would believe the art they train in is the best, and why shouldn’t they feel that way, especially if you’re dedicating hours to perfecting your craft, whether it's for your own progress or for an upcoming competition. It’s true that every art has something to offer and tools for self-defense, but which tools should you rely on to protect yourself in real life so you can get home in one piece?

Jeet Kune Do is Unique

Jeet Kune Do is unique for this reason-the principles are based on the idea of having to defend yourself in a street scenario; a completely unregulated situation with an opponent you definitely were not expecting. Each student of the art can take in all of the many facets of what the art offers, and individualize their skill set for their own personality and strengths. One person might prefer knees and kicks, while another takes preference to striking and kicking. With as many different tools as the art offers, the combinations of skills are endless. Some call Bruce Lee “the godfather of MMA,” because of this. But what skill set might make one fighter better than another?

Looking at recent events, if you watched the UFC Fight Night: Blaydes vs. Lewis on February 20, in the second round of the fight, as Curtis Blaydes went for a takedown, Derrick Lewis landed a brutal uppercut that instantly left Blaydes knocked out cold on the canvas. Both MMA heavyweights have backgrounds in grappling; Blaydes, in wrestling, and Lewis, a black belt in Brazilian Jiu-Jitsu. It’s fair to suggest the fight could have easily ended up on the ground, but Lewis has a history of knocking out opponents, so does his black belt need not apply when it comes to winning fights? Some fighters who prefer to stay on their feet would even suggest this particular fight was a prime example of why its better to focus on their striking- if your footwork is fluid and your fists are brutal, what more could you need in an altercation? Why not spend all your efforts on perfecting your punches if that will end the fight quickly?

But even UFC fighters who train hundreds of hours and study their opponent’s past fights and training style can’t predict how they will need to defend themselves in a fight. This ambiguity was certainly present on March 6 at UFC 259 for the light heavyweight main event of Israel Adesanya vs. Jan Blachowicz. Adesanya, a world-class kickboxer with solid ground game certainly lives up to his name, “the stylebender.” By going up against someone like Blachowicz, a powerful striker with amazing wrestling skills, many fans and MMA commentators felt like the fight could go in either fighter’s favor.

In the end, the fight went to a decision after five rounds. Adesanya held his own with powerful strikes and kicks, but Blachowicz overwhelmed him with his wrestling and physical strength. It was exhausting just to watch Adesanya put all of his strength and effort into getting out from under Blachowicz. The Polish light heavyweight proved the better of the two in the way this particular fight played out. In this situation, Adesanya’s powerful punches and kicks were useless, because he couldn’t get back on his feet to use them. Those who specialize in groundwork like wrestling and Brazilian Jiu Jitsu probably felt pretty confident in their takedown skills after watching this fight and seeing another example of why grappling can be so efficient in a fight.

In reality, these recent fights are only a sample of hundreds of fights in the UFC where situations like this happen, but people still love to talk about different fighters and compare whose skillset might be better than another’s in an altercation.

Well-Rounded Fighting Styles are Usually the Most Effective

The truth is every instance is different and what might work against one opponent may be futile against another. A punch that might knock out one fighter, may just get taken on the chin and barely make a difference on another. In fighting there’s no guarantees-that’s why it’s most efficient to be well-rounded, to expect anything, and be prepared to defend yourself on your feet and on the ground.