Should the Oblique Stomp be Banned from the UFC? 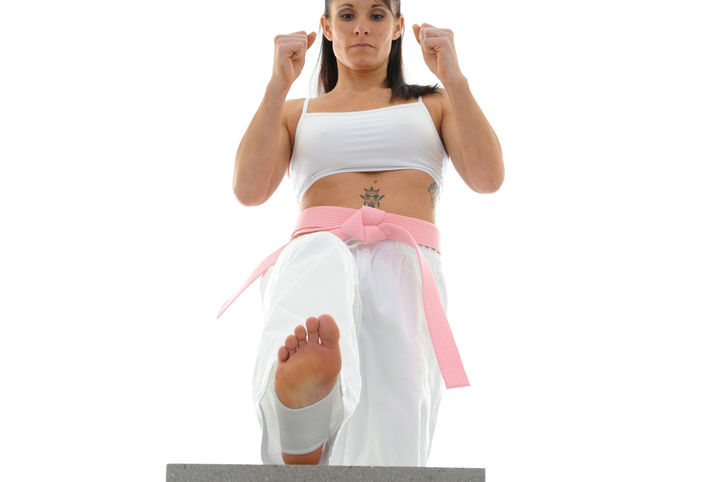 Every once in a while the MMA community revisits the debate of whether or not moves like the oblique stomp should be made illegal in the UFC.

The question has been getting attention again lately after viewers watched the vicious repercussions of an oblique stomp in real-time at UFC Fight Night Las Vegas 36 on September 4 during the light heavyweight bout between Khalil Rountree Jr. and Modestas Bukauskas. During the second round, Rountree lifted his leg and landed an oblique stomp on Bukauskas's left knee. Bukauskas instantly went down from the impact and couldn’t continue fighting. Rountree was declared the winner by TKO and Bukauskas was sent to the hospital.

Many MMA sites have referred to this move as a sidekick, but if you watch the video from the fight, the technique used and the way it was executed actually makes it an oblique stomp.

It can even be fairly argued that the move was a jeet tek because of the way Rountree lifted his left leg and landed it. Regardless of Rountree’s intention, both the oblique stomp and jeet tek are textbook Jeet Kune Do moves and are on the more vicious side of fighting techniques that are probably better suited for a street fight because of the kind of damage it’s intended to do.

Some critics can argue that any time a fighter gets into the octagon, they can get a serious or permanent injury and even Bukauskas thought it was fair play when he did the post-fight interview, telling reporters he should have evaded it, and getting the injury is just the consequence of not doing so.

Moves like the oblique stomp are permitted in the UFC as long as the fighter lands the move above the knee. If you watch the video closely, Rountree got very close to directly kicking the middle of Bukauskas kneecap but was still slightly on the thigh, perhaps the reason why the move was allowed and considered a TKO and not a no contest. Even in this instance, landing such a move even above the knee is a high risk that can result in accidentally impacting the knee in a very serious and in many times permanent way.

In the direct aftermath of the fight, many UFC fighters weighed in on whether or not the move should be illegal via social media, with fighters like Belal Muhammad calling the move “career-changing” for those on the receiving end of it, and Kelvin Gastelum tweeting a similar sentiment, calling for the move to be made illegal and also calling it a “career-ender.” Still, a few other fighters disagreed with the call for a ban, including Adrian Yanez who tweeted it shouldn’t be banned, and Ricky Simon, asking “how many of those kicks have [messed] up someone’s knees compared to heel hooks? It’s a damn fight.”

Aside from many fighters calling for the move to be illegal, with little talk from the UFC, it seems the conversation will eventually quiet down as it usually does until the next time the move seriously hurts someone in a fight.

While it’s true that fighters are getting into the octagon to hurt each other and try to win a fight, tactics that hurt a fighter and ones that are only created for the purpose of permanently injuring someone is what makes moves like the oblique stomp controversial. While MMA obviously allows for a wider range of tools and is most comparable to a street fight than other combat sports, it’s still a sport and has rules and tactics that are banned for a reason. A move like the oblique stomp is not just to hurt your opponent or to earn points in a round, an oblique stomp is used to completely maim your opponent and do permanent damage to the knee. For that reason, it’s curious that the move isn’t looking at a little more and automatically considered a dirty fighting tactic and banned along with eye-gouging, headbutting, and biting.

With so many fighters calling the move a career-ender who know well what they sign up for and clearly have an above-average threshold for taking pain, the conversation is certainly worth looking into for the safety of fighters going forward in organizations like the UFC.

Boxers Who Fight with Their Strong Side Forward

October 1 2021
By Jessica Militello Most fighters that you watch from boxing to MMA adopt a stance that is either orthodox or southpaw. In these combat sports, it has always been a tradition to stand with your less dominant side forward and your lead hand...
Read More