Boxers Who Fight with Their Strong Side Forward 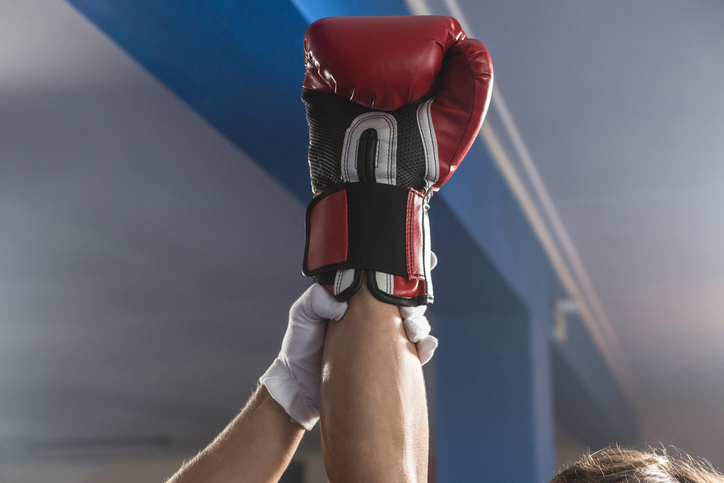 Most fighters that you watch from boxing to MMA adopt a stance that is either orthodox or southpaw. In these combat sports, it has always been a tradition to stand with your less dominant side forward and your lead hand furthest back. The benefits of these traditional stances apply more so to competition and ring fighting, especially in the instance of boxing where fighters wear bigger gloves, so a knockout takes longer than someone with MMA gloves. The benefits range from giving a fighter a better cross and roundhouse kick, to giving their lead hand the ability to find range and probe for a counter, as well as help them to keep their guard up.

In combat sports, the jab is widely recognized as the most important punch, especially in boxing, and jabbing with your power hand has clear advantages. When Bruce Lee developed his ideas for what is now known as Jeet Kune Do, he determined that it was in a fighter’s best interest to have their strong side forward. The idea bore some inspiration from fencing, as well as the fact that JKD was designed with a focus on self-defense in an unregulated street fight with any and all tools that include punching, kicking, trapping, and grappling.

This kind of stance is thought of as uncommon, but there are a ton of benefits to fighting with your strong side forward, and doing so results in a better jab, lead uppercut, and hook, just to name a few of those benefits.

Despite a strong side forward being considered an alternative stance that is not so common, there are actually many well-known fighters who have adopted this stance in their career.

The baddest man on the planet also happens to be one of the 10% in the world’s population who are left-handed. Tyson fights in the orthodox stance and his left hook has been known for finishing off his opponents. He originally fought as a southpaw, but one of his trainers, Cus D’Amato, converted Tyson to an orthodox stance and his power showed especially in his hook and uppercut punches, his left hook especially being the focus of many highlight reels throughout his career. Tyson is considered one of the greatest boxers of all time and has been inducted into the International Boxing Hall of Fame, with a professional record of 58 wins and only 6 losses.

This righty fights in a southpaw lead and similarly to Tyson, learned to adopt this stance from a trainer, Oleksandr Usyk, a professional boxer from Ukraine. This idea completely deviated from what Lomachenko’s father originally taught him according to interviews, but perhaps it was Usyk’s own undefeated boxing record that made for a compelling argument to switch to standing southpaw. Lomachenko actually draws inspiration from Tyson amongst other boxing greats and is known for his ability to switch stance, along with agile footwork and quickness. Lomachenko has been ranked one of the best active boxers in the world, with an amateur career of over 396 wins and a professional record of 17-2.

De La Hoya is another great example of a left-handed fighter who adopted an orthodox stance. Since the age of 5, he has been fighting with his dominant side forward, and he’s explained in interviews that this style has led to him using his jab for many knockouts against his opponents over the course of his career. Although these days Del La Hoya is sometimes the center of unsavory media attention, his power and success can’t be denied. With 11 world titles in six different weight classes, De La Hoya is truly pound for pound a legendary fighter, with a professional record of 39 wins and 6 losses.

This multiple-time world champion is yet another lefty who fights in the orthodox stance. Similar to Tyson, Cotto has a highlight reel filled with knockouts thanks to his left hook, however, his jab is just as powerful and has also been known to catch his opponents when he fought. Cotto is yet another multiple-time world champion, with world titles across four weight classes. Similarly to the other boxers on this list, Cotto holds multiple Olympic medals in the sport of boxing in addition to an impressive professional record of 41 wins and 6 losses.

Should the Oblique Stomp be Banned from the UFC?

September 14 2021
By Jessica Militello Every once in a while the MMA community revisits the debate of whether or not moves like the oblique stomp should be made illegal in the UFC. The question has been getting attention again lately after viewers watched the...
Read More